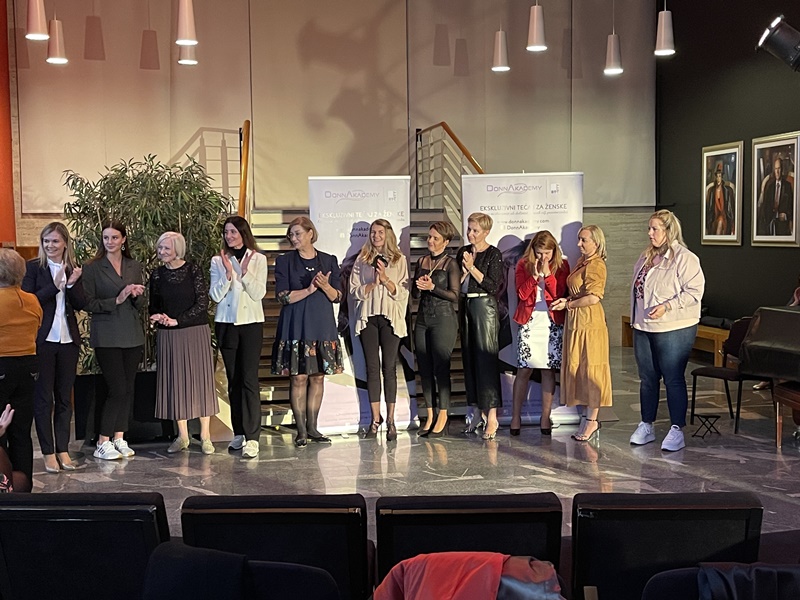 Our well-known animal rights activist Tyasha Alion also joined the Order. Her charity work reaches even the most remote corners of the world. Some time ago, with the support of wealthy international backers, she made exceptional moves in traditionally conservative India. With the other activists also provided the first mobile surgery, food, medicine, staff, and such. All of these significantly contributed to improving the conditions for the animals there.

On Friday, September 23, the Knights' Order held its annual chapter. It was attended by all members of the Order of Knighthood, knights, familiars, and aspirants.

On Saturday, September 24, Prince Nikolaus, accompanied by his lady, Princess Margaretha, visited another small mid-European country, Slovenia, for a knightly event. (Slovenia is the country where one of the best basketball players Luka Doncic and the ex-first lady Melania Trump come from.)

In the oldest Slovenian city, Ptuj, they met with representatives of the Order of St. George of Carinthia.

On behalf of the organizer, the assembled guests, HSH Prince Nikolaus, HRS Princess Margaretha and Prince Josef-Emanuel from Liechtenstein, were first welcomed and addressed by Grand Balian Master and Prior Silvester Likar, Herald master of ballia Matjaz Kurent and familiar Tyasha Alion.
After the reception of the high-ranking visit from the Principality of Liechtenstein, they visited the museum at Ptuj Castle, which was followed by a working meeting and lunch of the delegations.

One of the interesting facts about Prince Nikolaus is that he spreads his influence, among other ways, through knightly orders. These are organized societies formed by influential local individuals. They have defined ancient protocols and are committed to moral, ethical, and other principles and standards.

One of the event’s highlights was the initiation of the new members into knighthood.
Among others, Prince Nikolaus’ son, Prince Josef-Emanuel of Liechtenstein, became a Knight Commander of the Knights of St. George of Carinthia. 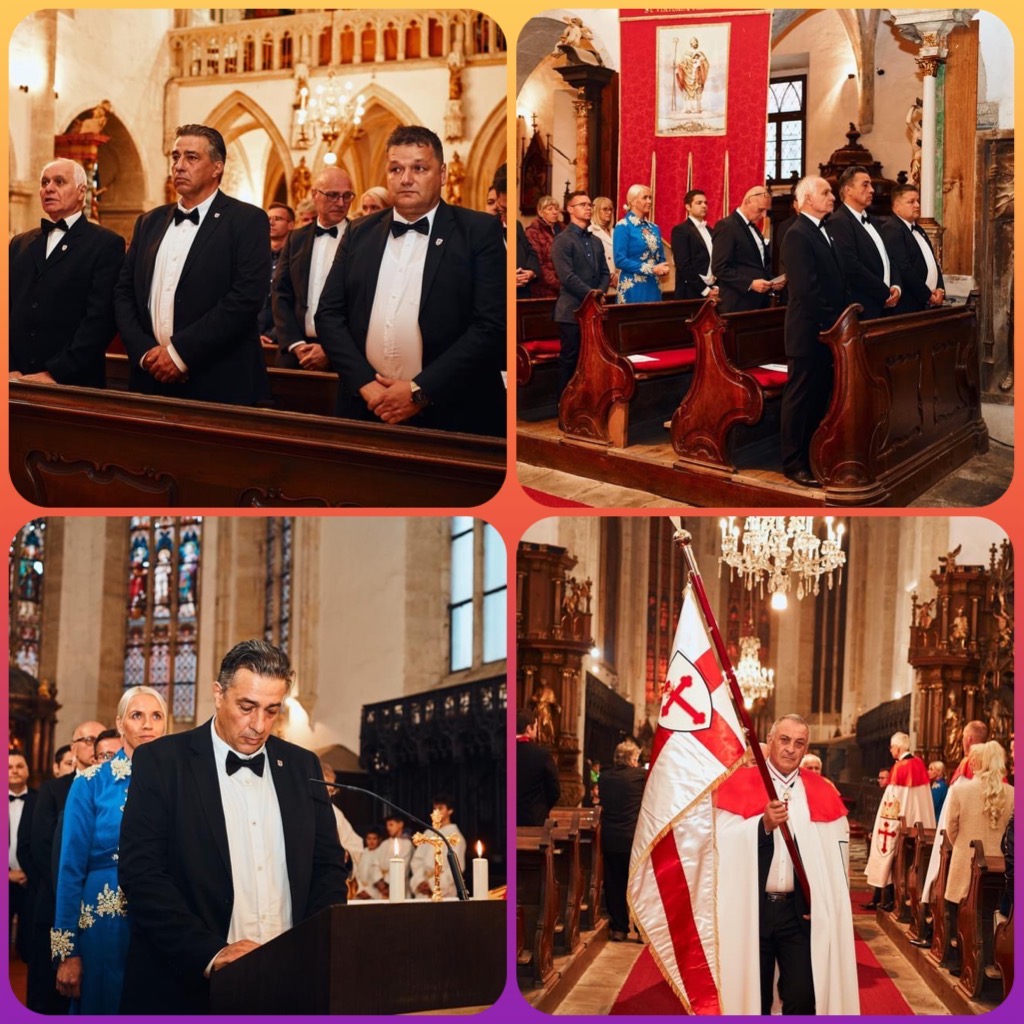 Knights and ladies of the Order live the noble wisdom of the knightly mission. Commendably, and by the spirit of the times, both sexes, men and women, are equally present in this Order.
They strive for the good and progress of their homeland and the world, and we hand over everything to the grace and protection of God.
They also stand for a socially sustainable and ethical model of society, for a community of values that respects the Christian ethos and enables the development of culture and economy both locally and at the European level. 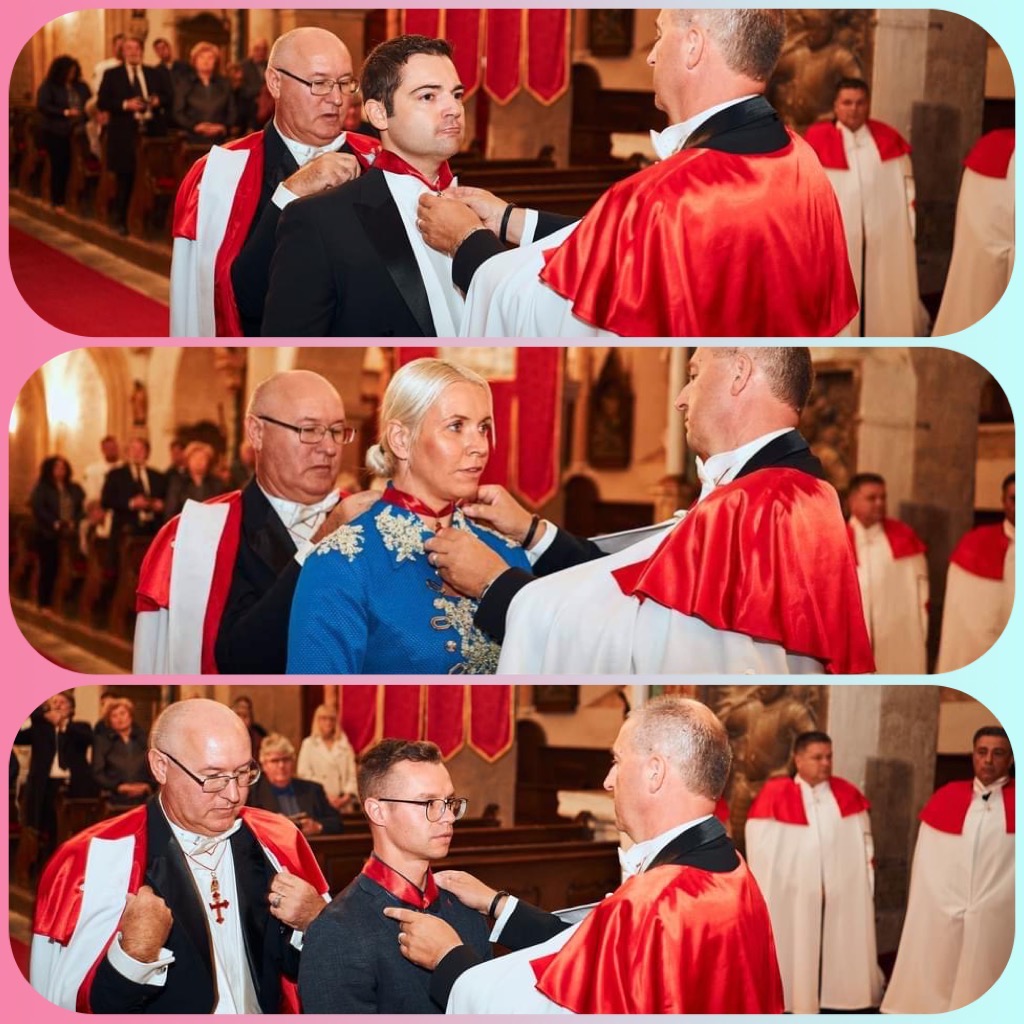 Source: www.viteski-red.si
Daniel Valentine, Tyasha Alion, Andraz Kalisnik
They also stand for a socially sustainable and ethical model of society, for a community of values that respects the Christian ethos and enables the development of culture and economy both locally and at the European level.

After the solemn investiture of the knightly order, the Minorite monastery, together with the newly enthroned knights, prepared an evening gala reception with a cultural program and dance. The event was made in honor of Prince Nikolaus, his wife Princess Margareta, and their son Prince Josef-Emanuel of Liechtenstein and for regular members, friends and guests. 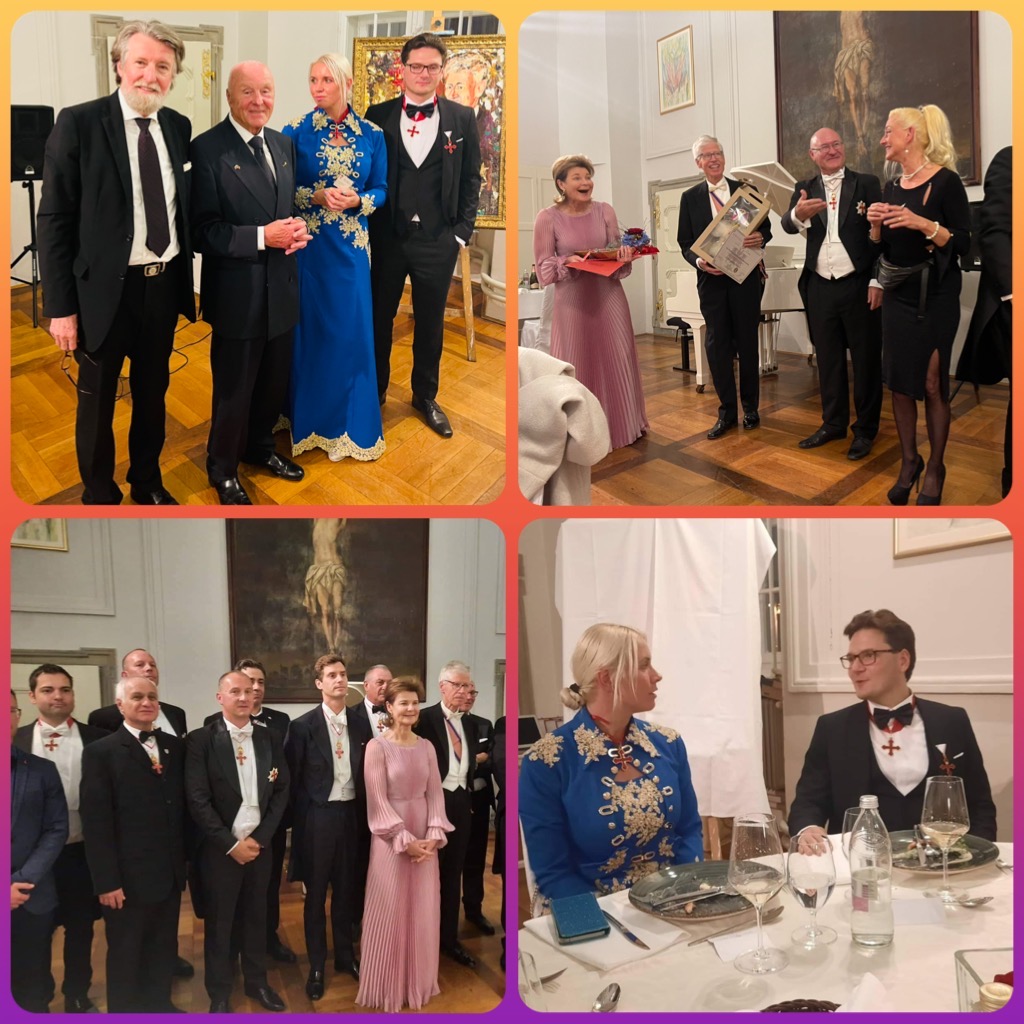