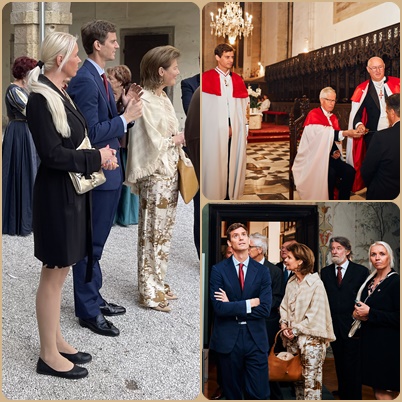 Our well-known animal rights activist Tyasha, got a spot in the article of NY Morning Star Magazine.

Morningstar started in Chicago with an idea from young stock analyst Joe Mansueto.
He thought that people must have access to the same information as financial professionals. So he hired a few people and set up shop in his apartment—to deliver investment research to everyone.
Today Morningstar’s mission is to empower investors' success all over the world and continue to look for new ways to help people achieve financial security.
To this day, they have 8520 employees in 29 countries.

You can read the original article HERE 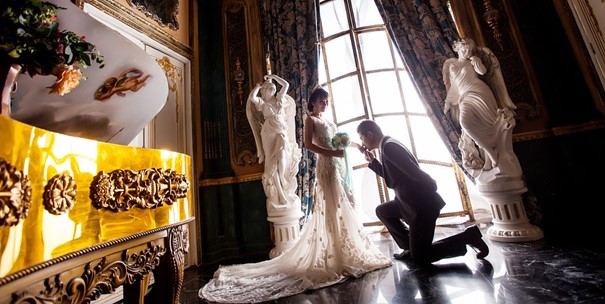 Source: Pixabay
Many of us still remember those special moments before bedtimes in our youth when our mothers read us fairy tales: fairy creatures, knights, kings, princesses, and giant castles. We got so immersed in the fairy tale that we felt surrounded by all these brave, remarkable beings. Of course, we wanted to meet and hang out with them in real life.

It might not have been possible in your youth, but today it is. Yes, some royal and knightly families are almost inaccessible. But some are surprisingly reachable, friendly, and open to communication.

For example, you can go down the street in Europe and run on an actual prince and princess. Lovely people. They walk freely, without bodyguards. You would never think that the aristocratic family, led by the prince’s brother, is worth almost six billion dollars.
Before I tell you some interesting facts about it, let’s examine the wealthiest royal families.

The role of blue blood in today’s world: wealth and influence

Source: Pixabay
Royal and aristocratic families create an influential mark in the global market. They play an essential role in important agreements, negotiations, and concluding deals. The ten most affluent royal families worldwide control an estimated $2.45 trillion between them, according to data presented by BuyShares. 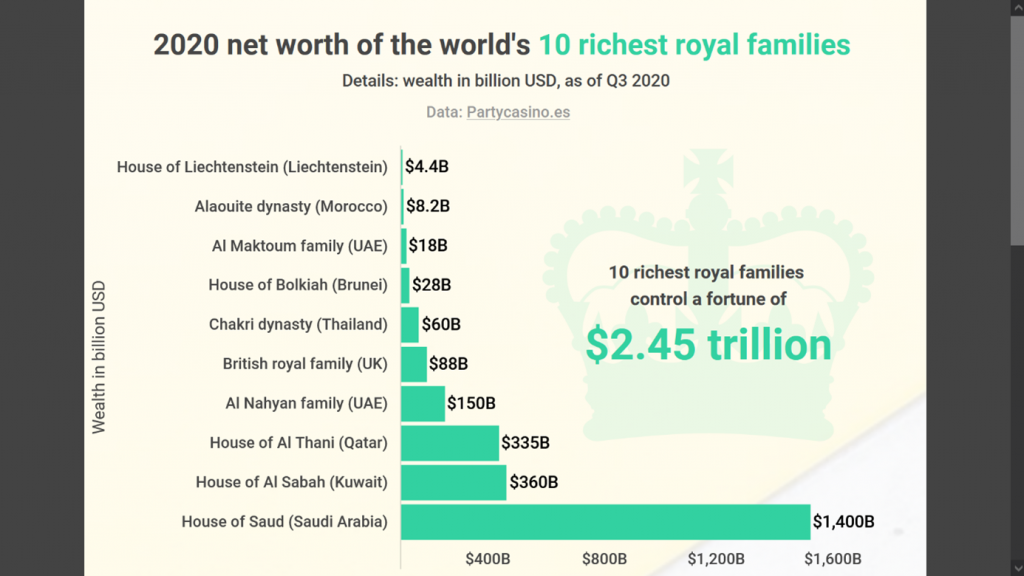 Source: BuyShares
The top place takes The Saudi Arabia Royal Family, also known as The House of Saud, with $1.4 trillion in wealth. The arguably most famous blue-blood family, the United Kingdom royal family, occupied the fifth place with “only” $88 billion.
Regarding family members, the King of Thailand, Maha Vajiralongkorn, occupies the leading position with $30 billion. The top ten royal family members control $114,4 billion.

Source: BuyShares
A prince who is also a knight

According to Bloomberg, Hans-Adam II stands out in particular, with $5,94 billion in wealth. He is a prince of a microstate, the Principality of Liechtenstein. It has a population of fewer than 40,000 inhabitants and a GDP of more than 180,000 US per capita.
A younger brother of the reigning prince-billionaire is Prince Nikolaus of Liechtenstein (the man in the middle of the photo below). 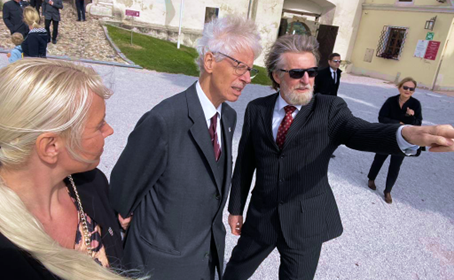 Source: Personal archive
One of the interesting facts about him is that he spreads his influence, among other ways, through knightly orders. These are organized societies formed by influential local individuals. They have defined ancient protocols and are committed to moral, ethical, and other principles and standards.
Knights and ladies live the noble wisdom of the knight’s legacy and mission. They strive for good and progress, demonstrating values like faith, forgiveness, love, honesty, courage, and respect. 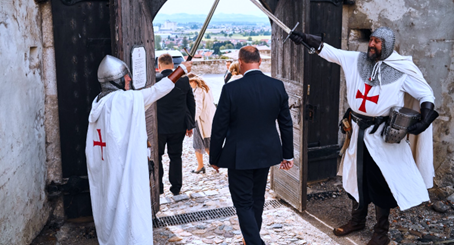 Source: Viteski-red.si
How to become a knight

A few weeks ago, Prince Nikolaus, accompanied by his lady, Princess Margaretha, visited another small mid-European country, Slovenia, for a knightly event. (Slovenia is the country where one of the best basketball players Luka Doncic and the ex-first lady Melania Trump come from.)
In the oldest Slovenian city, Ptuj, they met with representatives of the Order of St. George of Carinthia.

Knights and ladies of the Order live the noble wisdom of the knightly mission. Commendably, and by the spirit of the times, both sexes, men and women, are equally present in this Order.
They strive for the good and progress of their homeland and the world, and we hand over everything to the grace and protection of God.

They also stand for a socially sustainable and ethical model of society, for a community of values that respects the Christian ethos and enables the development of culture and economy both locally and at the European level. (Source: viteski-red.si)

One of the event’s highlights was the initiation of the new members into knighthood.
Among others, Prince Nikolaus’ son, Prince Josef-Emanuel of Liechtenstein, became a Knight Commander of the Knights of St. George of Carinthia.

Well-known animal rights activist Tyasha Alion also joined the Order. Her charity work reaches even the Her charitable activities reach even the most remote corners of the world. 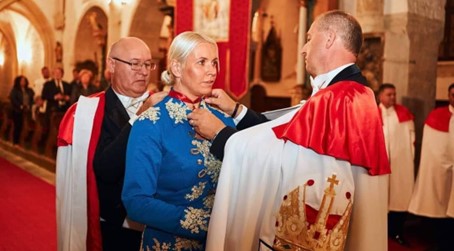 Source: www.viteski-red.si
Some time ago, with the support of wealthy international backers, she made exceptional moves in traditionally conservative India. After several years of political and public persuasion, they finally vaccinated and treated thousands of animals. Activists also provided the first mobile surgery, food, medicine, staff, and such. All of these significantly contributed to improving the conditions for the animals there.

Tyasha Alion is excited about being a “real lady,” but she also feels great responsibility. She would be able to do even more of her charity work and help, especially the animals.

The fairy tale of modern days

Even if you never meet an actual prince, lady, or knight, now you know they are real. The other good news is that all these fairly beings, living real lives, are positive and spread goodwill worldwide.

So you can and a fairy tale you tell your child differently: “And they live happily… somewhere in Europe or Asia.”