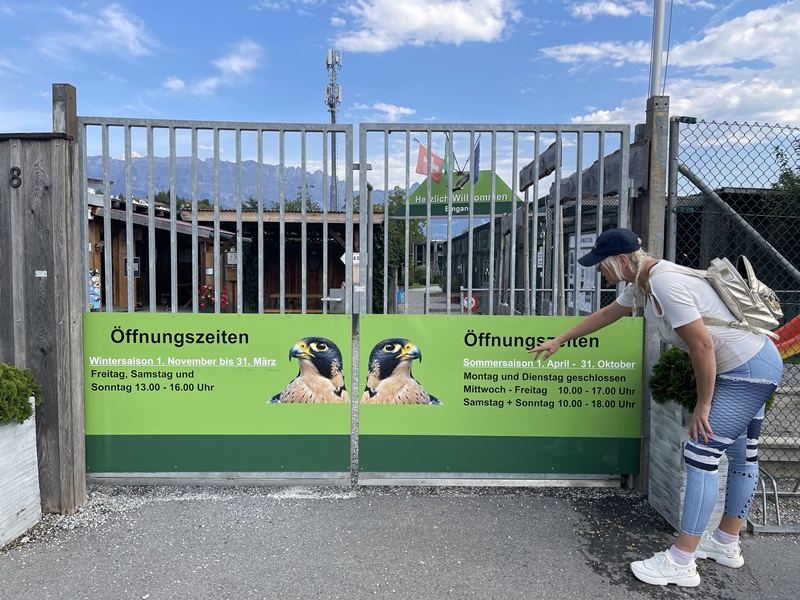 We visited the Raptor park to learn facts about the animals of prey, their habitats and how
is their life in captivity.
Switzerland, Buchs; 17th of August 2022

The Buchs SG Birds of Prey Park is home to more than 190 different day and night birds of prey. For them, every animal is a unique gift of creation. We notice that all enclosures are kept clean and each animal gets the right food. We can say, that Raptor park takes great care to ensure that all animals are well.
In a free flight of birds, we experienced the natural hunting behavior of the animals, and their majestic elegance and power. The park covers more than 10,000 square meters, making it the largest bird of prey park in Switzerland, and the arena offers space for 120 spectators. 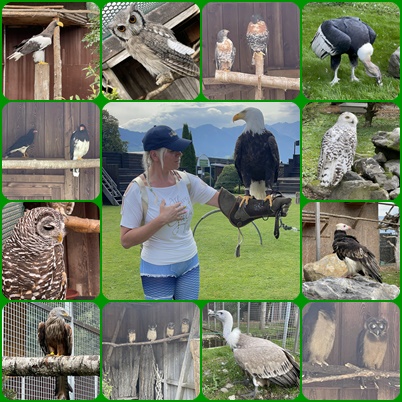 While we took a tour of the park, all aviaries were clearly labeled. Individually designed panels provide information about the origin, species, and characteristics of the individual animals. In addition, Lucien Nigg's birds of prey have appeared in numerous video clips with pop stars, TV shows, and movies such as the movie Seven. At their park, we also saw goats, rabbits, and poultry.

The owls are wise, calm, and considered, while the raptors are fighters and have a lot of power.
The park has the status of a zoo and Lucien Nigg has all enclosures checked by the veterinary office of the canton of St. Gallen before each season.

The annual breeding success shows that the birds feel good in the park. The rare Steller's sea eagle, for example, has been breeding in Buchs for eleven years. At the Raptor Park are happy that the little ones are born healthy. Each species has its breeding process. Many factors have to be right like the feeding, the design of the captivity, the weather, and the food... 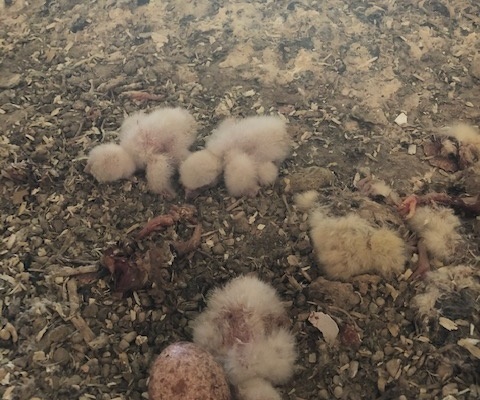 Bald eagle:
The bald eagle is an opportunistic feeder which subsists mainly on fish, which it swoops down upon and snatches from the water with its talons. They also feed on birds 28%, mammals 14% reptiles, and other prey 2%.
The bald eagle is a powerful flier and soars on thermal convection currents. It reaches speeds of 56–70 km/h. Its dive speed is between 120–160 km/h. The average lifespan of bald eagles in the wild is around 20 years 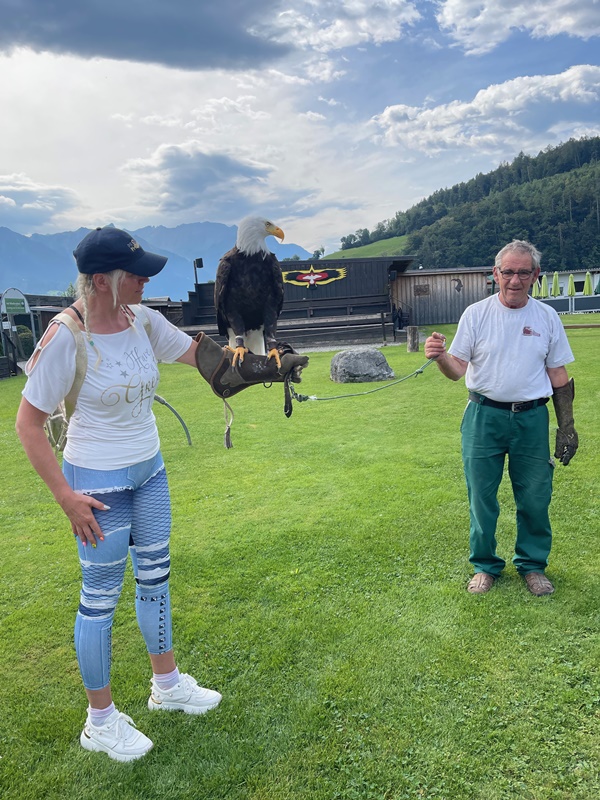 Tyasha with the owner of the park Mr. Nigg Lucien

Andean condor:
Andean condors are primarily scavengers; they nest on rock ledges and platforms, where they usually raise a young every two years.
At up to 15 kilograms, they are the heaviest birds of prey and are among the few birds whose wingspan can be over 300 centimeters.
Despite its great general fame, a great deal of essential data is still missing on its biology. 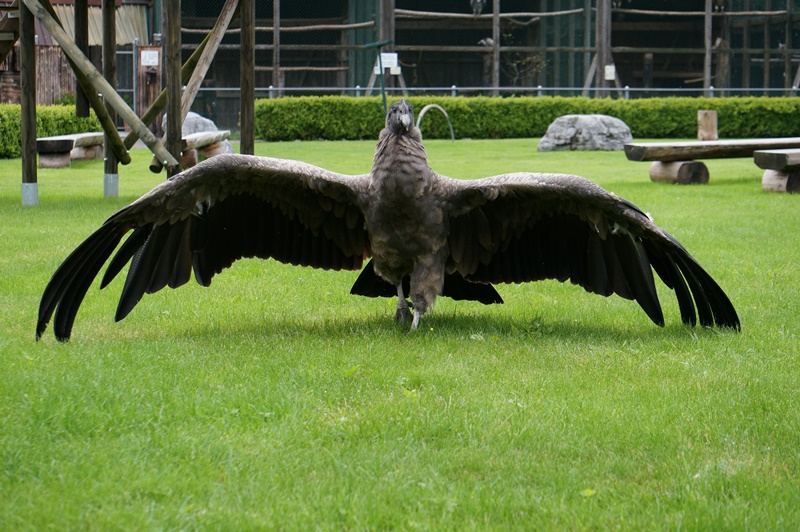